With marijuana legalization sweeping the country, we’re in a time of great research into this little miracle plant. We’re already able to create strains that have higher THC levels or CBD levels to create the desired effect. Researchers have even dug deeper into cannabis to see what else we can learn about the over 400 compounds found in marijuana. The latest cannabinoid of interest is cannabigerol, or CBG, which is found during the early stages of the life cycle of marijuana.

How do we get CBG?

All cannabinoids start as CBG; it’s extracted from budding plants during their flowering stage of life, making it difficult to obtain large quantities of this cannabinoid. However, researchers have found that the industrial hemp used to create CBD and other hemp products with less than 0.3% THC has higher levels of CBG than other cannabis strains.

Further research uncovered that this was caused by a recessive gene, inspiring breeders to create strains with higher levels of CBG. Researchers have discovered neuroprotective effects with Huntington’s disease with CBG and promising results in the slowing down of colon cancer. Marijuana strains that are high in CBG will hopefully be used as an antidepressant and painkiller. Researchers even suggest CBG could help treat psoriasis, glaucoma, multiple sclerosis, and various skin diseases.

How effective is CBG?

Researchers have found CBG to be an effective part of the following treatments and therapies:

As marijuana legalization continues to spread across the country, the opportunities for further research and technological advances abound. Chemists in Oregon and California have developed lab testing, allowing patients to be matched with a strain that will best treat their conditions based on the cannabinoids present. This testing allows patients to see every cannabinoid in their marijuana down to an exact percentage. These developments have lead to an increased interest in the minor cannabinoids, like CBG.

CBG is on its way

CBG marijuana strains aren’t available in the market yet, but thanks to breeders, the strain Mikey Kush does exist. Mikey Kush is a sativa-dominant strain containing high levels of CBG and 28.6% THC. In Europe, CBG strains are becoming more and more available. They’ll likely make their way to the shelves of the US market before long. As public interest in this cannabinoid increases, growers will be encouraged to produce the high-CBG strains.

With the continued advancements in high-CBG strains, growers will be able to create CBD/CBG hybrids, introducing a whole new possibility in the world of cannabis. Only time will tell how popular CBG will become, but researchers and growers, alike, are optimistic about its future. 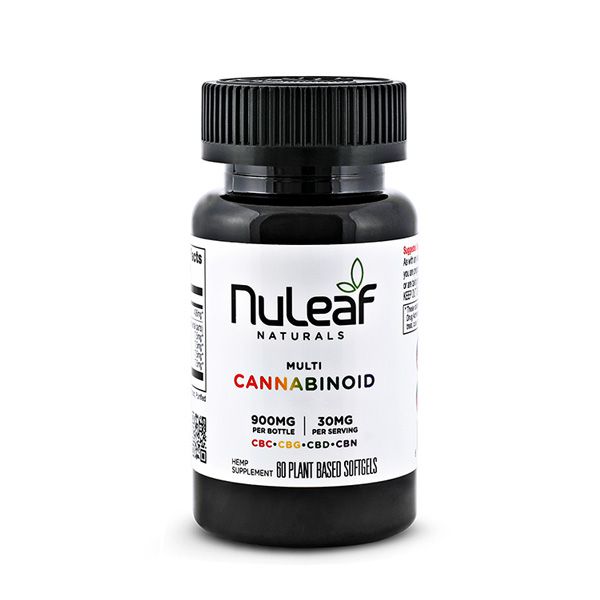 Utilising the latest in cannabinoid research and development, NuLeaf Naturals has produced an amazing next generation full spectrum hemp Oil. Their proprietary genetics have allow them to naturally create a whole plant hemp extract that is highly concentrated in cannabinoids CBD, CBC, CBG, CBN, and more. Cannabinoids work synergistically with each other and are more effective when they are found together versus when they are isolated. This is known as the entourage effect.

They use advanced extraction methods to obtain a complete range of cannabinoids, terpenes, essential oils, and other beneficial phytonutrients. This yields a more potent blend and requires no harsh solvents.

With unsurpassed potency and consistency, their organic hemp plants are grown in the USA with pristine water and harvested at peak perfection. They control the entire farming and production process from seed to shelf to guarantee their products are of the highest quality.You need to try this product